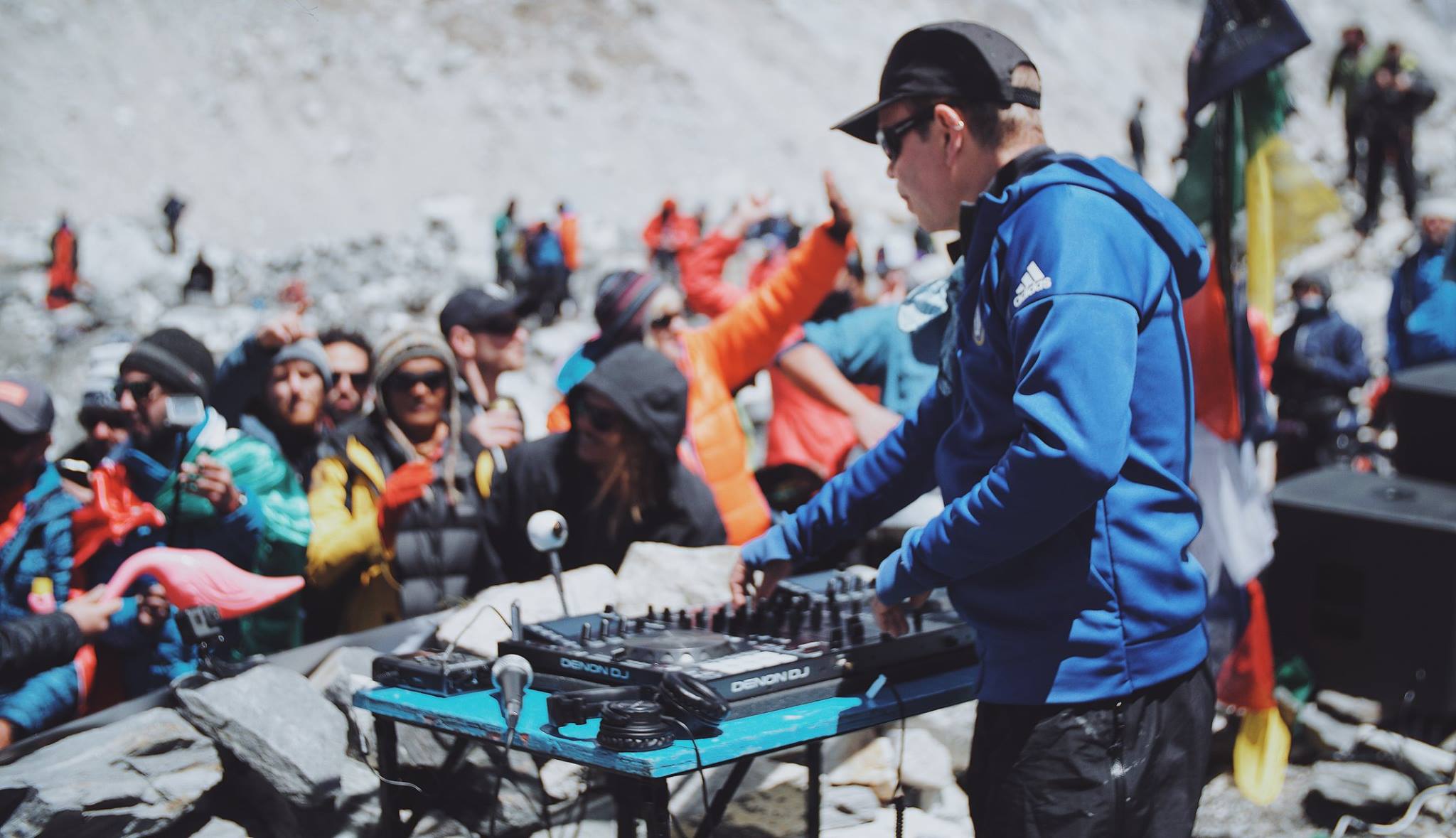 DJ Paul Oakenfold hosted the “highest party on Earth” Tuesday, April 11th 2017, spinning a set at the base camp of Mount Everest, which sits at 17,600 ft. Parts of the performance were shown live on Facebook and Oakenfold plans to release a live album and film about the trip and performance.

The event kicked off Oakenfold's new “SoundTrek” series, in which he'll perform in unexpected places around the globe, highlighting local music and bringing focus to local issues.

Oakenfold will donate funds from this event to the Himalayan Trust and Supporting Nepal's Children and he's also donating his DJ equipment to the local community. Proceeds will also benefit the U.K. groups, Youth Music and the Mayor's New Music Fund.

Following his Mt. Everest performance, Oakenfold will continue his Generations world tour with another North American leg that starts on April 28th in Cleveland and finishes on June 9th with a set at the Spring Awakening Music Festival in Chicago.

check out the video here