On Your Game, Part III: Kissy Sell Out

He has a tattoo on his ankle that says “Geezer,” a strange thing for a man who is not even in his mid-thirties. (“Geezer” is slang for “gangster” where he's from.) While we were sitting in the lobby of the Deauville Hotel during the Winter Music Conference, he told the story about how he got the tattoo while partying, how it got infected, and how he then got a professional tattoo artist to clean it up – the story was hilarious. No real surprise – anyone who chooses “Kissy Sell Out” as a DJ/producer name obviously has a sense of humor.

And indeed he does. Kissy is animated, outgoing, and ofttimes incomprehensible to those of us who are not used to a strong working-class British accent flowing forth at about 145 BPM. Come to find out he had the same problem with my mildly Southern accent. His formidable intellect and wide range of interests make him a fascinating conversationalist, and his sense of humor is infectious, even if one does not catch every single word. It is, for all intents and purposes, a conversation your mind can dance to.

His music is as high-powered as his personality.To hear his DJ mix Kissy and Cobra Live in East London, click here.

Give us something of your background.

My story is a nice one, I guess. The key thing to bear in mind with me is that I never ever thought I’d end up being a professional musician in my wildest dreams, despite practicing making tunes and DJing in my bedroom every single day from the age of 13 onwards. I was a very promising artist before my music career started. I got into a very prestigious college called Central Saint Martin’s where I studied a degree in Graphic Design. It was during my second year that I came up with the idea to start my own record label, San City High. I got a distribution contract by sending a few ballsy emails, and then pursued the idea of signing previously undiscovered musicians so I could design the record covers and submit them for my degree. It’s handy being a professional graphic designer as well as a musician because I design everything in my career, from my logo to my tour posters and album covers.

However, my college was very competitive and no one from the college wanted to help me – I ended up signing artists from Buenos Aires, Sweden and Japan but, quite unexpectedly, it was my own music that received immediate attention. I made a tune that I felt incredibly passionate about called “Her,” named after my favourite track by the band Swans, and used some inheritance money to press 400 vinyl records. I walked around London handing them out to record stores but the second one, Rough Trade, liked it so much that they took all of them off my hands – it felt amazing!

My second degree in astrophysics comes from pure curiosity about the universe and the mathematics behind it. People like me spend a lot of time on planes, so I thought I’d try and turn that into something more productive by teaching myself the mathematics of post-graduate level quantum mechanics. It sounds like a random choice but I have always been very good at pure maths, and when you know a thing or two about how the structure of the universe affects our daily lives, I don’t know how you could not be interested!

My music is definitely the most important thing in my life – that is, after my friends and family, of course – but I run my label much like an extended family unit so they have perhaps become one and the same. My science work plays a very small role in my creative output, but it helps detach me from my day-job and keeps me grounded, which is very important when I travel the world meeting such beautiful people at my shows.

You mentioned that you connect with large audiences by looking slightly over their heads. Explain why, and any other tricks of the trade.

Well no – these days, I always look people in the eyes because I’ve grown in confidence over the years. Certainly in the early days however, that used to be a good trick to get over the initial nervousness that all artists feel when they walk on stage. It’s a good bit of advice I pass on to artists who sign to my label San City High which specializes in supporting new talent.

What has been your biggest risk on stage?

Well, something I have become quite notorious for at festivals is playing classical music. There is a lot of theatrical performance and showmanship in my DJ sets – you are there as an entertainer after all! I like the idea of subverting people’s expectations – trust me, I know that dropping a piece of classical music in the middle of my speed garage sets isn’t going to set the crowd on fire, but I will never play anything that isn’t a remix, so after a while the crowd get used to the idea that, no matter what I play, a huge drop is always coming. There’s nothing quite like dropping a bit of Mozart on stage to thousands of people and then mixing it into an electro monster live on stage – that’s a typical example of the kind of risk taking that I think turns a DJ set into a stage performance.

What does “on your game” mean to you?

What I do for a living is an absolute dream, so I think I owe it to myself and the audience to keep that passionate flame for musical innovation alive in my soul. The moment I lose that or start making bad records, I’ll just bow out gracefully – but until then, remaining on my game is probably the most important thing. 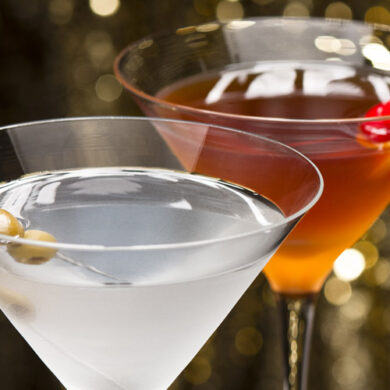