The sun was softly coming-up over the unforgiving cityscape of Kiev's dusky high rises. I was sat with my new friend Roma on a half-finished bridge over Dnieper River, looking out on the city. It was the end of the night and we'd decided to go for a walk after partying at CXEMA, Kiev's foremost underground techno rave. Roma is part of the CXEMA crew. At their first party in 2014 just a 100 people went. This one had a 1,000 in attendance. I asked why the bridge, which could've been decades old, remained unfinished. Roma's response was simple: “this is Ukraine”.

Eight hours earlier, at the beginning of the night, I'd found myself stepping over a disused railway line on the edge of the Podil district of Kiev. I was drawn in by the heavy drone of Kiev's rising techno pioneers. Previous CXEMA raves had been held at a vacant office block, a skate park under a bridge and at inactive factories. This one was on the third and fourth floor of a former ship building workshop in the city's dockyards.

As I entered there was something appropriate about the setting. The heavy electronic soundscapes from Ukrainian DJs Voin Oruwu, Wulffius and CXEMA resident Borys had a probably unintentional yet apt homage to the former glory of the location itself, the sounds and repetition of the men and machines that once worked there. 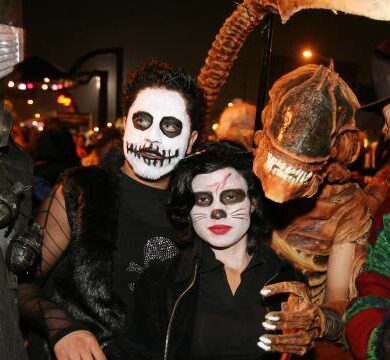