The Winter Music Conference has had its ups and downs. 2012 is a definite up. Here is a review of two things that made this year special: the new venue, a temporary EDM palace called the Beachplex, and elegance on a rooftop with Tommy Boy/Big H Entertainment Sunset Sessions party.

A House on the Beach

Last year, the WMC website announced that the conference and the IDMA would be held in what they called the Beachplex. I’ve been curious as to what this Beachplex would look like.

I found out on Monday March 19. We went to the address at 21st and Collins in South Beach: a huge white tent had been set up between a large parking area and the ocean. It could not have been better placed. Just a few blocks north of major party hotels like The National, Beachcomber and Shelborne, the site avoids the worst of the traffic crush inflicted upon Collins, OD and Washington. The parking lot in front is convenient and reasonably priced (for Miami). There are parking structures within a couple of blocks as well.

We walked into the Beachplex to get our media passes. Staff was courteous and helpful, readying themselves for the remainder of a grueling 10-day marathon. Left of the entrance were large rooms for forums. Directly in front was check-in. To the right were venders, including Adidas, Pioneer and Muscle Milk. The far right end had a large stage, which was the site for various DJ performances and DJ spin-offs. The entire space was air conditioned, thank God.

And thank God I do not have to pay the electric bill.

The energy in the Beachplex was invigorating. There was never a time during my several visits that the space felt crowded, neither was staff ever anything but professional and helpful. I would suggest, however, they set aside an area for media such as myself with seating and power outlets so we can write things on the spot. Caviar would also be nice, but I’m not holding my breath.

For anyone interested in electronic dance music (EDM), there were forums on everything from technology to festival production to marketing. Some sessions dealt with music genres and social issues. Speakers were chosen from among the best and brightest in EDM culture. It was nice to meet famous producers and listen to DJ legends talk about their craft. DJ spin-offs and showcases allowed up-and-comers their moment in the Big Tent.

The Beachplex was a marketplace of a global village, remarkably international even for Miami. A sense of democracy prevailed within the thin white walls. Broke bedroom DJs could speak with wealthy industry giants.

Tommy Boy: A House in NYC

The New World Center is a cultural icon. Designed by Frank Gehry, the white and glass building is a visual treat. Its massive white wall on the entrance side acts as a giant screen with various images on it. I thought the patterns were painted on until I noticed they were slowly moving.

We walked past that giant screen on Wednesday night on our way to Sunset Sessions. A classic film from the 1960s featuring the Rat Pack was playing, open to the public. Families were lounging in the grassy area in front. Talk about investment in the community!

The event inside the building, however, was invitation only. The white interior of the lobby acted as a backdrop for a parade of stunning ladies and their men. A beautiful woman, precisely turned out in a beautiful outfit, offered us an elixir made with vodka, ginger and pomegranate. The combo worked.

Up the elevator to the roof, a spacious venue that initially seemed a bit too spacious. I spoke with Victor Lee of Tommy Boy, looking dapper in black and white with silver lines. He was as gracious as ever, but just a touch concerned that not enough people would show up.

The weather was not helping. Winds gusted about 30 mph, chilling the air almost to the point of being unbearable. I was thankful I wore pants and wished I had worn a blazer as well. Nevertheless, the wind was a great prop for live performances, whipping singers’ hair about as if they were making an MTV video.

And speaking of performers, we witnessed some great DJ talent. Lee Dagger of Bimbo Jones was on, followed by Chris Cox and R3HAB. All 3 DJs were superb, as if the wind turbocharged their music. We gladly danced, and not just to keep warm.

As with any exclusive industry party, there were plenty of potential superstar vocalists on that rooftop, hobnobbing with movers and shakers while doing their best to maintain composure as their coiffures and flowing dresses were blown about. They admirably maintained discipline over toned, ultra-fit-less-than-10%-body-fat physiques that would normally have shivered uncontrollably, had their owners been given the luxury of showing weakness.

An astute hostess found an ingenious solution. She boldly called out the huddled mass of people in the VIP section (why there was a VIP section at a VIP event, who knows), badgering them to join the other huddled mass in front of the DJs. The combined body heat of a clear majority, united in the democratic desire for warmth, was enough to keep everyone comfortable. Eventually, the wind died down, the venue filled up, and everyone was having a grand time. No doubt Victor was relieved.

I had the chance to speak with some of the singers that networked the crowd, including Tion and Eva.

Tion is a young man with long super-curly hair that dramatically swirled around his café-au-lait Tiger-Beat cute face. His outfit was comfortable, as was he, exuding sure-footed confidence when moving in sync with two female dancers. He wore his pants at a low sag, requiring him to hold them at the crotch as not to have either a wardrobe malfunction or movement impediment. The pants-crotch-hold did not look terribly vulgar because his trousers were well below his groin. The lyrics were written by Lee Dagger who danced with us in the audience, singing along and beaming at his protégé.

Tion’s performance was a delight, as was the interview afterwards.

I complimented him for giving a shout-out to his dancers at the end of his song. Tion brightened up, saying that he recognized how hard they work to enhance the performance. I asked him if he were nervous before coming to the stage: yes, he was. The wind didn’t help – his hair went into his mouth.

Tion hails from Western Kentucky. “I’m a country boy at heart,” he said. When asked if he listened to country music, the rapper-singer answered in the affirmative and broke old school on me: George Strait was among his heroes. We talked about Kentucky and what it’s like to come from humble beginnings. I told him I got my BA from Berea College in Eastern Kentucky, an institution for bright kids from poor families in which every student works as well as attends classes. He said he’d been contacted by Berea, but wanted to pursue his career in music.

He hung out with us for a bit after the interview. “If this career falls through,” I told him, “contact Berea College. It’s a great school.” A few minutes later, I saw him surrounded by hot women who were not-so-subtly trying to gain his favor. Oh, Lord, I thought, Miami vice.

I also spoke with Eva, an assertive young woman who has gone from Lincoln, Nebraska to the San Francisco Bay area and is currently out of LA. Blonde, fair-skinned and every bit as beautiful as any other woman at Sunset Sessions, Eva and her bodyguard accompanied me downstairs to the lobby so we could speak with ease. The party upstairs had kicked into full swing and was not conducive for a decent conversation.

Eva is all poise. We discussed the boldness of calling herself simply Eva, like Cher or Madonna. Her choice of name appears to be working. She made her debut in 2009, making her way from a hopeful to potential diva status to recognized industry bank.

I asked her about who had influenced her. “I am inspired by the classics, especially Britney Spears,” she said.

Now before the snobs among us scorn Eva, here’s a reality check: it is 2012. Ms. Spears made her debut on the world stage in 1999 and is still going strong over a decade later. Whether anyone likes it or not, Britney Spears has earned the right to be considered a pop classic by up-and-coming artists seeking to replicate her success.

Besides, Eva strikes me as the type of strong woman who honestly would not give a damn if others hated on her for admiring Britney.

We made our departure when the party was peaking. As we were on the way out, Tion came up to me, shook my hand and said, “I’ve been thinking about what you said. If this doesn’t work out, I’ll contact Berea.”

I wish Tion and Eva the best. 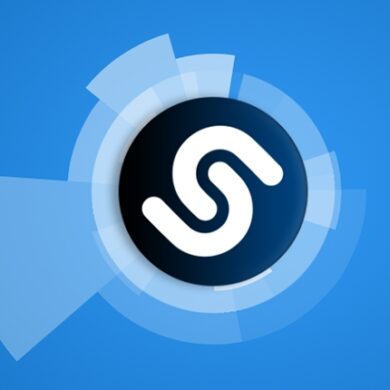 SHAZAM! The Art of Predicting #1 Songs