World, Put Your Hands Up! Interview With DJ Serafin 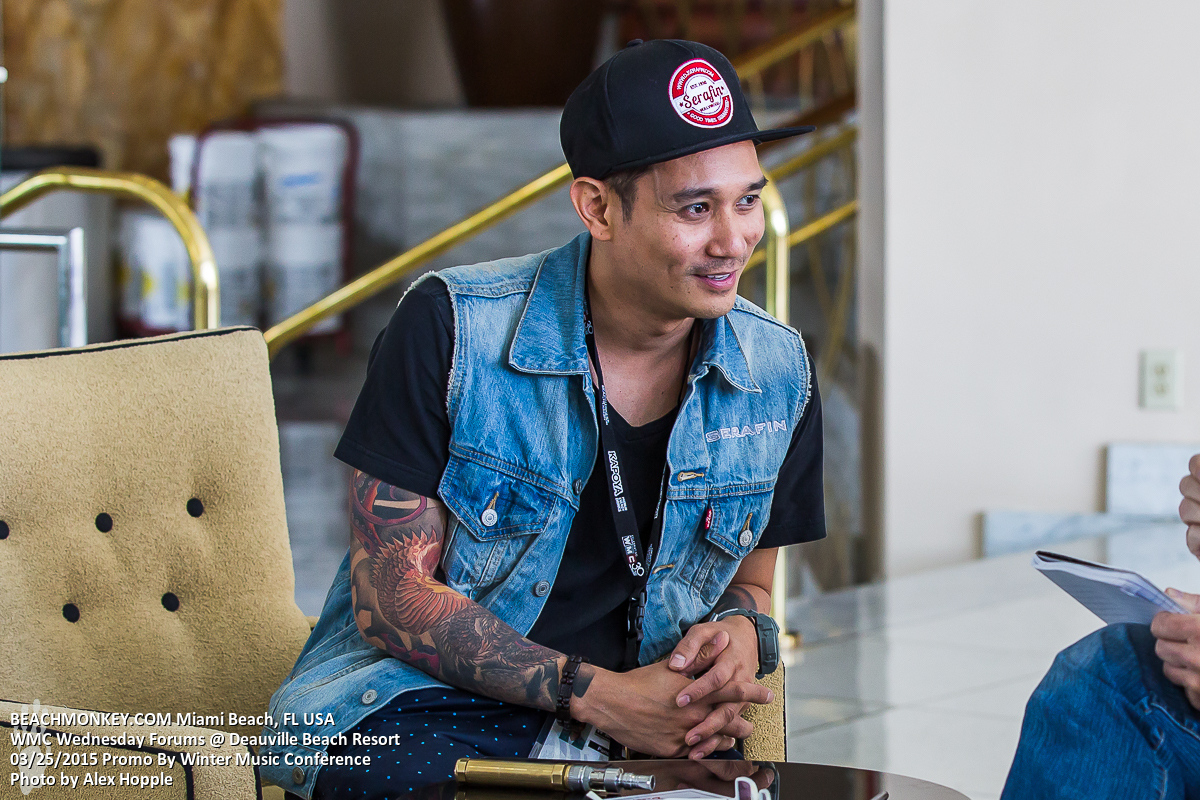 Jésus Jeremy Ponciano Serafin Jimenez (a.k.a. DJ Serafin) is all about mixing it up. Beachmonkey.com spent time with him at Winter Music Conference 2015 in Miami. We sat down for a chat in the lobby of the beautiful Deauville Hotel, the host establishment in which WMC had set up for the week. Besides spinning sets in the evening, by day Serafin was a judge for WMC DJ spin-offs held in the Deauville. But none of this was apparent in his relaxed demeanor that afternoon, as if he had all the time in the world.

Such a hectic schedule doesn't phase him – in fact, he lives for it, especially the spin-off: “The hottest part of judging is seeing new talent,” he said.

Being busy beyond belief is a way of life for this man, who keeps up with different musical genres that he incorporates into his sets. No one-trick pony, Serafin plays all over the musical map, and all over the global map, particularly in East and Southeast Asia. “I do a tour every year in the Philippines,” he said, reconnecting with his roots while extending them luxuriously into places such as Hong Kong, Shanghai, various places in Japan, and Singapore. 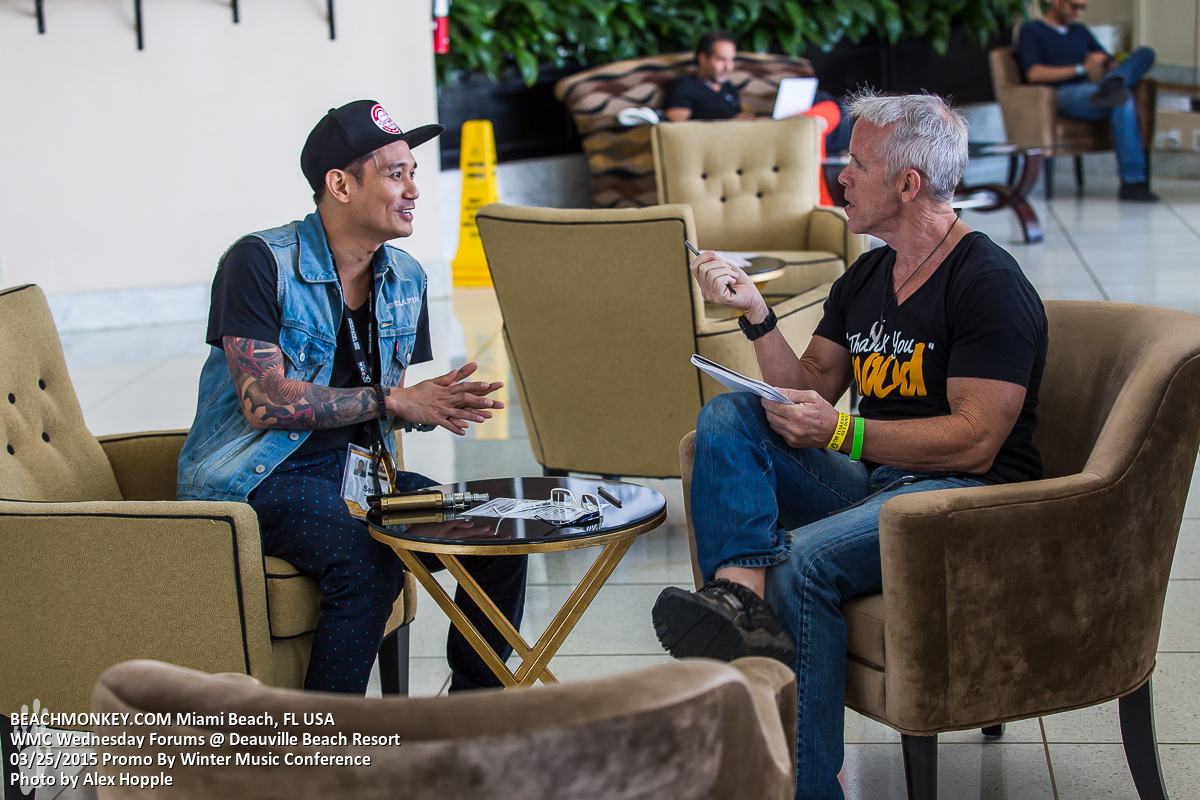 Part of his appeal is his ability to play according to the musical preferences of his crowd. He gave me a breakdown of what genres he plays where:

When asked what he would play if he had a choice, be it deep, progressive, electro, K-pop, EDM in general, or hip hop, he demurred: “I can't! I can't choose!”

He is totally on his game when spinning in front of his fellow filipinos, incorporating local music in his mixes especially for them. “There is a popular drinking song called 'Lac Lac' that is sung in Tagalog [one of the most prevalent filipino languages]. Everybody knows it, but nobody thinks of it as EDM. I asked Fatman Scoop to make me an intro, 'Filipinos, put your hands up, hands up,' then I played 'Lac Lac' over 'Smells Like Teen Spirit.'” He started his set in a major Manila club with that remix. The crowd was initially stunned when they heard “Lac Lac.” Then they went crazy. “They sang along with it.”

He also has a remix of the a capella version of “Let It Go' mashed into Foreigner's classic, “Cold as Ice.” 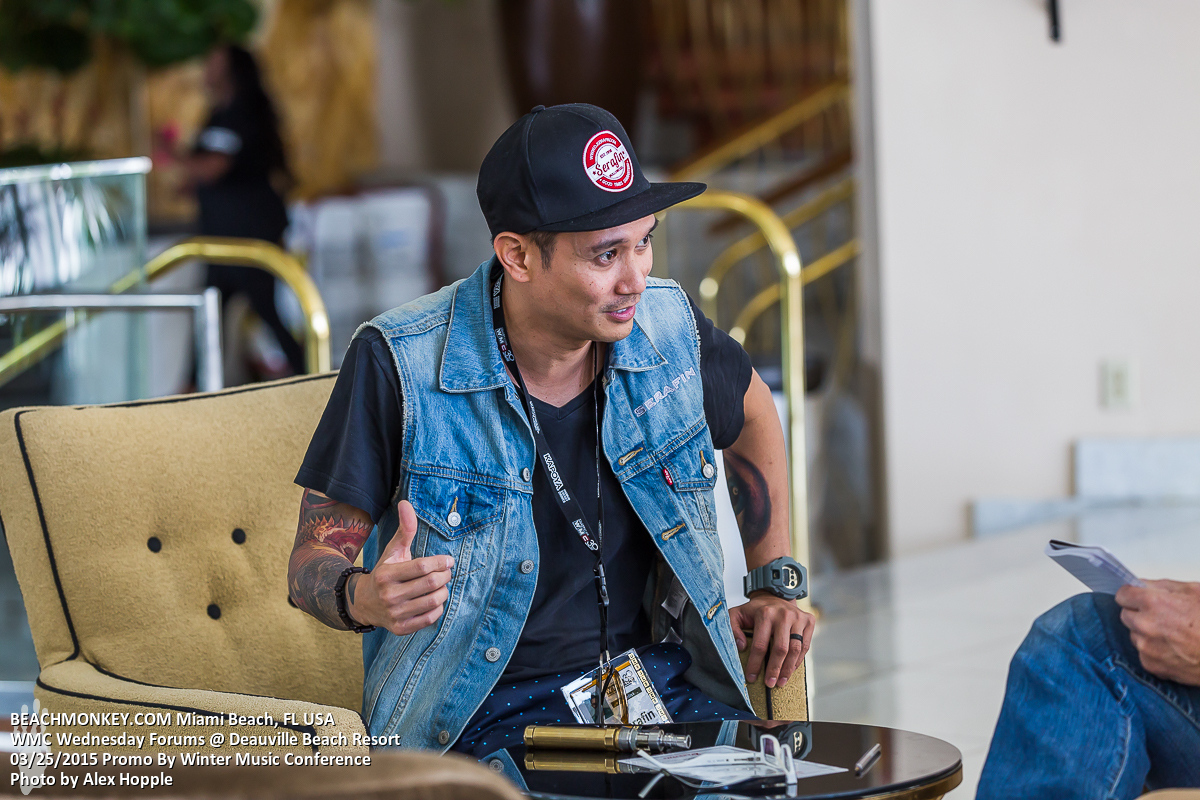 Serafin is not about taking risks with his health, however. “I've been in the business since '98,” and at one point, he realized that intoxication was getting the better of him, so he went sober. “The first three months was tough,” he remembered, but “Sobriety made me realize why I'm doing this.” No doubt his three children (two girls and a boy) also gave him incentive to channel the craziness in his life into his remixes.

“I can't play the same thing as the other DJs,” he said. With such a broad musical base and a ton of energy and personal charisma, there is little chance he will ever sound like the other DJs. We look forward to what Serafin will do next.