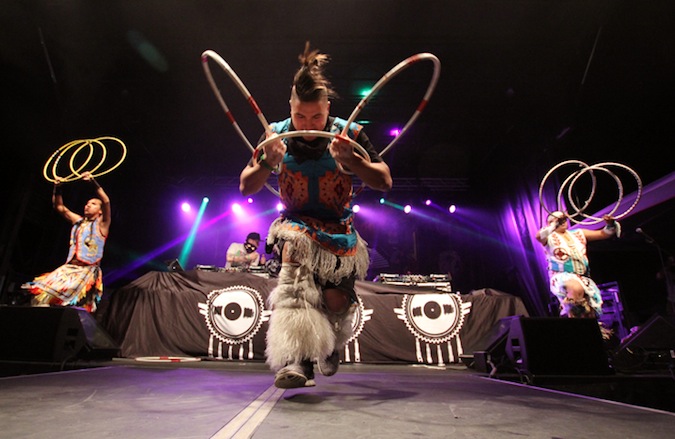 Starting in 2010, A Tribe Called Red has been putting together EDM with a heavy First Nations/Native American vibe. The group is made up of three Native DJs from Ottawa, Canada: DJ NDN, Bear Witness and 2oolman. They sample traditional pow wow vocals, drumming, and racist movies in an EDM format, creating sound and video that celebrates Aboriginal/Native identity while commenting on the ways in which Native Peoples have been misrepresented.

The DJs in A Tribe Called Red do not look favorably on cultural appropriation, such as non-Native hipsters in headdresses and warpaint during EDM festivals (they find this habit especially annoying if done during one of their gigs). At the same time, they see such antics as gateways to educate. They realize that many of those same hipsters are attracted to their sound, and invite everyone to experience the real thing by checking out their sets. In that same spirit, they recognize that they and other Natives who wear sports gear with Indian logos are reclaiming the imagery for themselves, but do so in a way that reflects awareness rather than mindless fabulosity too often seen at festivals like Coachella. 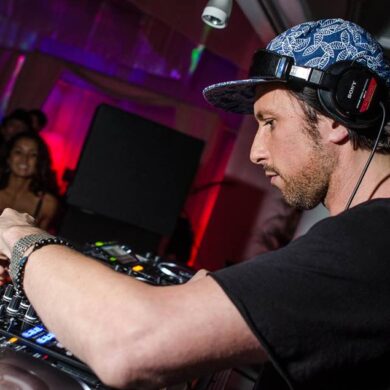