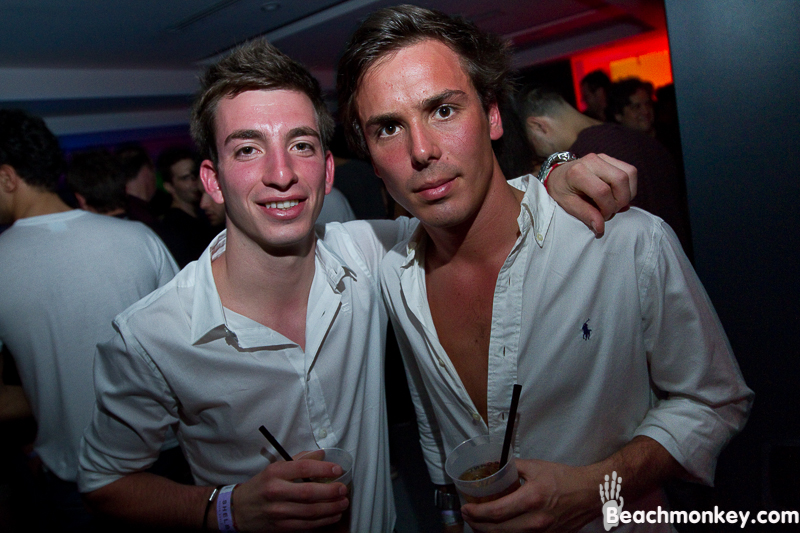 I left Columbus, Ohio in the rain, and arrived in Ft. Lauderdale about 5:30 pm. By 7, we were in Ocean’s Ten for “And Let the Singer Be Heard” (ALTSBH), an event featuring the best of live vocals in house music.

Ocean’s Ten is on Ocean Drive in the heart of SOBE. Across the street was the dark mass of the Atlantic, and all around was music, music, music pouring from every available venue. The sounds were as varied as the people crowding the sidewalks: techno, hip-hop, reggae.

We knew we were near ALTSBH by the pumping bass and the undeniable sound of people singing. The air around the venue was electric as passersby stopped to watch the shenanigans going on within. Ocean’s Ten is an outdoor restaurant, classy-casual in the manner for which Miami is world famous. 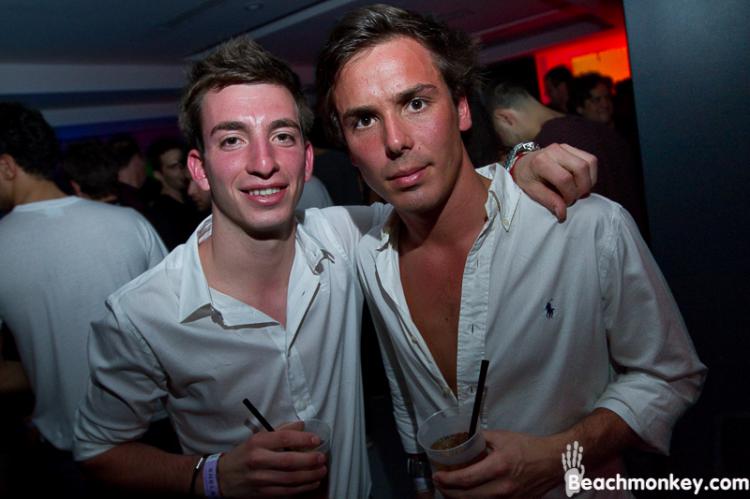 It was also slammed. Waiters negotiated treacherous waters as they wound throughout the pulsing crowd with plates of food and over-sized tropical drinks. Onstage, the DJ provided booty-shaking soul as singers made their way up and performed new material and classics. One voice followed another in a dazzling array of vocals, including Robyn S, Dawn Tallman, China Black, Arnold Jarvis, the MuthaFunkas, and a personal hero of mine, Gospel-infused Kenny Bobien. Hostess Barbara Tucker added her considerable skills as a vocalist to the evening, as did host James Germany.

Anyone who is passing familiar with deep house music would have recognized the songs that these artists belted out, proving beyond a doubt that they have the chops. It was an auto-tune-free evening. The crowd was delighted, singing along when they knew the words, singing along even when they didn’t- the groove was that seductive.

Among the stars that attended were Studio Apartment (Mister V was somewhere as well) and the utterly fabulous British singer, Katherine Ellis. It was the first time Katherine and I met face to face. She was everything I thought she would be, except maybe a bit shorter. Her powerful voice made me assume she’d be six feet tall.

The biggest surprise for me was Melonie Daniels. I love it when a strong soul woman gives me a good sonic belting, and the goddesses at ALTSBH did not disappoint me. But Melonie was a bird of a different feather boa. Her voice was smooth velvet, like Irish Cream on ice. She delivered her songs seemingly without effort, but with high-voltage intensity unlike any I’d ever heard, as if she had been born by lightning and could tap into the forces of her creation at will. Whip it to me, Melonie.

DJ Quentin Harris took over the turntables after the singers said their goodbyes, laying down a groove I found well-nigh irresistible. So I didn’t.

Finally, Our duties required us to attend other venues. I left with regret.

The next event was “Keep On Dancin’,” a party dedicated to Mel Cheren and the music of the Paradise Garage at Score. The club, DJs and live performers all volunteered for this AIDS fundraiser.

For those of you who have no idea what I’m talking about, take DJ Joe Gauthreaux’s advice: “If you don’t know Mel Cheren and the Paradise Garage, Google it.” Roots, baby.

Christina Visca was at the entrance, gracious and glamorous. “Christina had a locker at the Saint, and membership at the Paradise Garage,” Brent Nicholson Earle told me (“Don’t hyphenate my last names!” he said. “It’s too high-falutin’!”). Brent and Christina are major forces that have helped produce five previous such parties, all of them fundraisers for AIDS charities: American Run for the End of AIDS (AREA, founded by Brent), GMHC, and Lifebeat. Christina also does an event called “Trippin’ on the Moon.”

Joe Gauthreaux was at Score last night, listening to DJ Danny Krivit of Body and Soul, Danny’s partner in crime DJ Tony Smith, Quentin Harris (who was just as fierce as he was at ALTSBH), and DJ Richard Vasquez.

Gauthreaux was not the only DJ out of the booth. DJ Abel was kicking it, as were DJ George Figares and promoter Adam Reinhart of Camp Entertainment. But the real DJ diva on the dance floor was Manny Lehman.

Never had I seen Manny cut loose as he did last night! He screamed (but not like a teenage girl- well, maybe a tad) when the first notes of “Last Night A DJ Saved My Life” came over the speakers. He whistled, danced, dished, clapped and generally glowed, incandescent with the pleasure of a man who knows how to have a good time, and who shares his joy with those around him. I was both in awe of Manny and envious of him- he was that guy you wish were you.

The evening hit a real high when Danny Krivit dropped the extended version (know back in the days of vinyl as “the twelve-inch single”) of Chic’s “I Want Your Love.” The crowd erupted as if we were all Manny Lehman. I’m pretty sure Danny was working two copies of the twelve-inch, letting its gorgeous bassline extend luxuriously for a micro-eternity before bringing in the vocals. The crowd proved its savvy: almost everyone from 20 to 60 sang along.

“Keep On Dancin’” featured a live performance by Joi Cardwell, still another major vocalist in the EDM scene. But for her set, she performed with a live bass player and drummer. It worked, and so did the crowd. I spoke to her before she went on. Brent told me she had done tons of events to help people with AIDS. Her answer as to why: “It’s all family.”

Caliente in a sequin dress, Joi was way too much fun, singing a great set then joining us on the dance floor. I assumed she was like Dawn Tallman, another wonderful Straight woman whose heart was big enough to embrace the Gay community. That is, until she told me later she was waiting for her wife so she could go home and change clothes. Sequin dresses look better than they feel. (Check out her jam, “Wanderlust.” Pure gold.)

In addition to all the established starlets in the EDM galaxy, I met up-and-coming baby-diva Kelsey B, whose song “Beauty Queen” (Manny Lehman club mix) is rising up the charts. Kelsey was still feeling the love after performing for a packed house at LA’s mega-club Tiger Heat. Knock ’em dead, girl!

Meanwhile, Photo God Mike Luczaj “beachmonkey” went to Shine at the Shelborne Hotel for Timmy Regisford and friends. Mike said the line to get in was all the way to Key West. The venue was packed and the music was hot.

We finally crashed at about 3 am. Lord, help me make it through the week! Watch out for more updates.