I’ve been to Miami for that magical week during Winter Music Conference before. I enjoy the pool parties, the great clubs, and the general feel of South Beach. But I’ve never made it to Ultra Music Festival.

This year, a number of factors influenced me to attend UMF for the first time. I was staying in the downtown area, which is a long and expensive cab ride from South Beach. As usual for Ultra, there were some very exciting names on the lineup. I’d heard all of the negatives about the event: the crazy crowds, the long lines, the high prices, the young kids, the people way too wasted on… whatever.

To some extent, all the negatives were true. The crowds were crazy, especially in certain areas, where bottlenecks of people occurred due to the layout of the festival and where little ravers decided to take a seat in a crowd of people. But that all added to the general excitement, even if fighting the crowds was a bit exhausting. The lines were long at times, but you could always find a port-o-potty, even if after the first day and a half the toilet paper was no longer available. The prices of food, drinks and merchandise were actually less than I would have guessed, after paying nearly $20 for a drink at some of the higher end clubs in Miami. The young kids and wasted people, climbing trees and acting generally silly, wavered between endearing (when they were excited to see their favorite DJ) and annoying (when they threw glitter on me).

My biggest complaint is the lack of eco-consciousness and a general inattention to the green movement. The only available water once inside the seven-stage festival grounds was in $5 16-oz. bottles and two water fountains behind the live stage (which were only there because they were part of the park grounds). Multiple times, I opted to buy another bottle rather than wait in line.

Ironically, just steps beyond the only water fountains was the Eco-Village that is, according to the www.ultramusicfestival.com website, “dedicated to the exposure and understanding of numerous non-profits and charities.” The area featured DJs and booths for various organizations and I’m sure was in good faith. But I urge them to “think globally and act locally” next year. With an attendance of 165,000 this year, the number of plastic water bottles used by festival goers more than likely topped a million. With a ticket price of $300, one would expect greater access to earth-friendly, fresh drinking water (and greater availability of toilet paper).

However, I definitely do not regret attending. I probably would have enjoyed it more a few years ago when I was a little younger, but I had some amazing experiences and saw some great acts that will most likely never come to Honolulu. The live stage never failed to impress, with it’s ampitheater layout and amazing line up of acts that half of the crowd probably did not have the capacity, or sobriety, to appreciate (ie. Kraftwerk). There was the addition of live vocalists that originally sang on your favorite tracks, such as in the Chase & Status live set, which you will not see even if Chase & Status played a set in your city. The sound was phenomenal, even at the smaller stages, and the lights and stage setups varied so much between acts that it never got boring.

The main stage was so large it was amusing, with its giant 400 X 400 ft. scaffolding, flames shooting off the top, and one tiny DJ surrounded by 50,000 people. Still, some of DJs on the main stage, like Fatboy Slim, really know how to play in that environment, having toured the festival circuit since the 1990s. Whether or not a DJ really belongs in this kind of environment, or in a club where you can see them up close, I’m not really sure. However, my advice to all of you out there, Ultra hater or not, is to attend, just once. I doubt you will regret it. 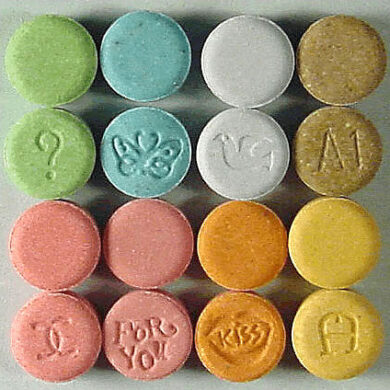