It was my last day covering the Winter Music Conference, so I decided to go to Johannesburg and Chicago.

This was the party that marked the shift from “novelty” to “staple” for SA (South African) dance music. It was held at Oceans 10 on Ocean Drive in South Beach, a venue that only last year had been big enough to hold everyone who wanted to be there. This year, however, it was too small.

It happens to any DJ that is famous. They either have to move their parties to Cameo or Space or just say, “Hell with it!” and only do Ultra. But in the case of the Invasion, it is never just one DJ. I saw some of the major DJs in their lineup (Fresh and Euphonic), two that had worked their way up (Shimza and Shejay Zandy) and one hot new duo, Tsholo. To explain the phenomenal success of South Africa in the EDM world, I will write a separate article: “Top 10 Reasons Why South Africa Rules WMC.”

This event was one of two. From noon to 11 pm, the Invasion would start things off. From 10 pm-4 am, South African superstar Black Coffee would have his own party up the street. Both events were slammed.

I applaud the success of the South Africans. But I fear that popularity will take away from the feeling of ubuntu, the interconnectedness of human beings and mutual affirmation that comes through in a good South African party.

Worries about the future of SA music and ubuntu aside, I witnessed great sets from Shejay Zandy, Black Coffee, Fresca, Euphonik, Fresh and Shimza during my time in SOBE.

The big surprise was Tsholo, two young men who incorporate live music in their performance. By itself, live music with a DJ is nothing new. But Tsholo did so with an energy and creativity that made them unique.

I had come to the Invasion earlier in the day, and was told by Jennifer Grey of DiverseCity to come back for Tsholo. The crowd was decent when I left at about 6 pm, but had become almost unbearably crowded with I came back at 9 pm. DJ Fresh allowed me to step up onstage to witness how the crowd would react to Tsholo when their set started.

Tsholo is made up of a DJ and a drummer. They began the set with instrumentals – jazz tracks that were accented by live drums. The pace was slow, leisurely, and only a fraction of the crowd was into it. But the pace picked up, as did the DJ, who apparently could not be still to save his life.

He danced as he DJed. He went in front of his equipment and danced with the crowd. He danced with his drummer and DJ Fresh in the booth, all the while DJing. The crowd ate it up, going from 10 percent to thirty to everyone on the dance floor dancing with the DJ.

By the time the crowd had hit about 50 percent involvement, I left the stage and spoke with one of my favorite WMC people, Soulsista MsOne. She filled me in about Tsholo. Both men are in their mid-20s. “They are the godfathers of drummers,” said Soulsista, “and the DJ is the Joe Clausell of South Africa.” The songs they use in their set are their own productions, she added, and warned me to watch out for their remix of “Thriller,” which they did drop. I could not stop dancing, even as we spoke.

As I was leaving the Invasion, I spoke with Lerato Maunatlala, the woman who made it all happen. She was exhausted but happy that the party was such a success. “I love coming to Miami every year to just watch people dance and enjoy South African music,” she said. “I am honored to be part of the team involved in putting the party together.”

From South Africa to the South Side

A couple hour’s break, then Beachmonkey photographer Eric Milbourne and I headed to the Barbershop on 6th and Washington for Chosen Few DJs, an event based on a massive street party held every year in Chicago.

In all my years of covering electronic dance music, I have never been to one dedicated to the tradition of Chicago house. But I have heard Frankie Knuckles spin, so I expected jazzy overtones with beautiful, soulful instrumentals and vocals, which is just what I got.

I also witnessed the prowess of Terry Hunter, one of the Chosen Few DJs who keeps the tradition of Chicago house alive. Also in that house were singers Dawn Tallman and Barbara Tucker, relaxing after what was no doubt a hectic week of WMC madness for the both of them. Dawn and I caught up (it had been a while since we had spoken at length) and then danced together. Ms. Tallman was concerned that so many people who come in for WMC don’t attend any of the panels. “To get the full effect of the conference,” she said, “you really should register.”

Let me add that attendees should also go to the venues where Dawn and Barbara sing. Their superb vocal performances are consistently rewarding.

I had seen Barbara Tucker only a few hours before when she sang during the Invasion. With pink hair (instead of her signature super-natural) and in pink heels, Ms. Tucker went through a medley of her hits, with fans from the USA and SA singing along, especially to “Precious Love.”

I spoke with her at the Barbershop. “This is my first Chicago house party,” I said. “No,” she responded. “You still haven’t been to one yet.” She then pointed out Wayne Williams who throws the annual Chosen Few Old School Reunion Picnic on the South Side in July. Thirty thousand people come together and dance to Chicago house at that event.

“Chosen Few is a group I started in 1975 when I was a freshman in high school,” said Wayne. Sixty people started the Reunion Picnic 21 years ago, which takes place on the July 4 weekend. Mr. Williams invited Beachmonkey to cover it – if I can go, I’ll be there, too.

So another WMC has come and gone. But I still have more to write from the experience. Let me first mention some great DJs that I heard but have yet to acknowledge: Marvin Harris, DJ Dupree, DJ Gringo, and Quentin Harris. I also want to acknowledge Faye Goldman, a wonderful woman with whom I had the pleasure to speak, James Brown, DJ John d'Angelo, JD Bower of Twist, and Terisa and Matt Abrahams.

Interview with Sebastian Solano of Life In Color 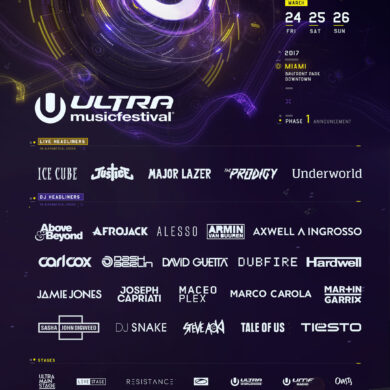