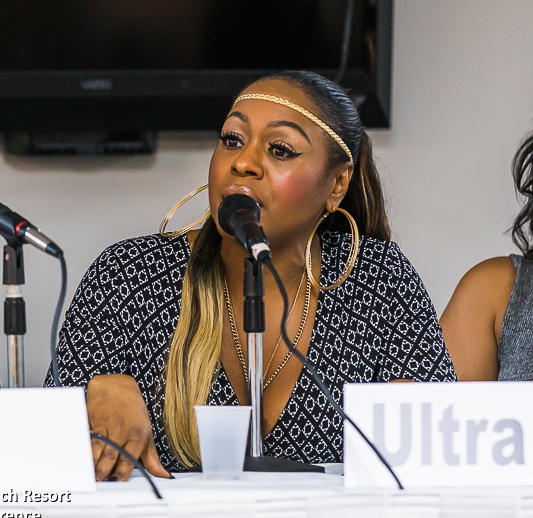 People have been talking about Baltimore recently, but not in a good way.

The city was beset with problems resulting from the death of Freddie Gray, a resident who died from injuries sustained after his arrest by police officers. Consequential protests and civil unrest made headlines across the country – when “Baltimore” came up in the media, it was inevitably followed by “violence,” “looting,” “police brutality.” But residents of the beleaguered city paint a different picture: Baltimore has a vibrant arts and music scene, including dance music.

Beachmonkey reached out to Ultra Naté (www.ultranate.com), proud Baltimorean (if that is such a word) and internationally famous recording artist and DJ. She wants the world to know that her hometown is much more that a two-minute clip on CNN.

Describe the importance of Baltimore in the history of house music.

Baltimore is one of the urban markets that created it own house sound and proliferated it through independent and major label releases, many of which are classics today.

What is happening now, musically, in the city?

It's a small city with a small scene. True underground house and dance culture are still thriving as well as the new EDM generation.

What kinds of misconceptions do people have about Baltimore?

The biggest is that it's destitute and crime laden. Many of these perceptions magnified by TV shows. Beyond that, there are great neighborhoods and fun people. There are a lot of hard working people here as well as amazing schools. There's always been a burgeoning art scene and it's growing every day.

How has the media made those misconceptions worse?

The sensationalism of drug and gang culture is a big reason. It's in every major urban center but because Baltimore is a small and those negative images are all people see – it becomes the overwhelming perception.

Tell us about how Baltimore has influenced you as an artist.

The nuances set the tone. The clubs … the people… it became my training ground. The two clubs I hung at religiously both had Richard Long sound systems in them so I knew what the clubbing experience and what good records to move a room should be from early on.

Everyone I speak with, regardless of color or ethnicity, who is from Baltimore is fiercely proud of their city. What is the rest of the country missing?

When you're the underdog you gotta fight fiercely. We live here and we know Baltimore in a different context. She's still growing and evolving like a wild child.

Tell us about your latest projects, and what DJs and musicians are doing to support Baltimore.

Everyone has been doing rallies or events. The best thing is to keep the positive vibes flowing and let the music speak to all. It's universal and it's healing. I'm working on my next two album projects and doing my monthly Deep Sugar party and one of the last warehouse venue (with a Richard Long system) at The Paradox. I'll be DJing and performing quite a bit internationally and domestically throughout the summer.