Dubbed “an unmissable event for serious bass lovers” with a “Best Festival” nomination from the Drum and Bass Awards, Let iT Roll is back for another window smashing ground shaking extravaganza this August 1st and 2nd, 2014. Located in Central Europe, it is the continent’s largest drum and bass annual festival. Having first appeared in the Czech Republic in 2003, LiT has been growing in size ever since and it brought over 15,000 attendees in 2013.

The promoters are looking to do it big this year and they’re pulling out all the stops for an even better presentation than last year. Last year featured a six-story-tall robotic main stage, so this year will be epic.

The festival area, or the district, will exude a unique robot-themed city set-up and a customed look you can’t find at any other festival. Nestled less than twenty miles outside of Prague in the small town of Benešov, the event boasts an extravagant line-up with seven stages: Ram Records, Hospitality, Blackout, Drum&Bass Arena, Forbidden Society recs and more!

Past headliners include Feed Me, Netsky, Andy C, Ed Rush and Optical, Black Sun Empire, Noisia, Drumsound and Bassline Smith, John B, and Dirtyphonics. With each year growing bigger than the last, 2014 is sure to showcase LiT’s paramount production and most supberb show to date.

For those looking to venture out of the familiar borders of the US, tickets are on sale! click here for their website 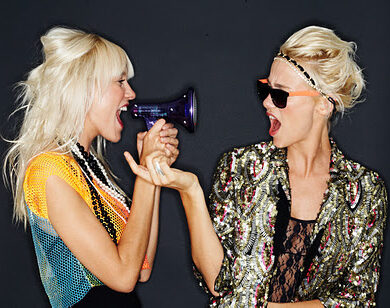 The Number One Reason There Aren't More Female DJs