Tracing the Peculiar History of the Modern-Day Techno Tourist

The soft white glow of 9 AM daylight is streaming through the plastic windows of the smallest stage at Time Warp in Mannheim, Germany. Homegrown acts like Sasch BBC, Alle Farben, and Kölsch have been throwing down techno sets here for the past 11 hours, and Croatian star Petar Dundov is wrapping up the final half-hour of his live act, shooting staccato synths from a Drehbank MIDI controller at the few dozen festival-goers still vibing out in the half-empty tent.

A brunette in her mid-20s catches my eye with her tank top, which reads, “Einstein Was a Refugee.” When I compliment her, she tells me she made the top earlier that day so she could wear it at the festival. Noticing her Australian accent, I ask her where she's from. “We are from Sydney,” she says, gesturing to her boyfriend, who is wobbling precariously behind her with his eyes closed, his arms wrapped around her waist. “But we live in Dubai, and came to Berlin for a bender. So obviously we had to make the trip to Time Warp.” She turns around and looks at her boyfriend with a laugh. “OK, he looks like he's going to die,” she says. “I'm going to take him on a walk.” They disappear into the sunshine.

Anna, an Australian who'd come to Time Warp after a Berlin bender. (Photo by the author)

The Australians—who didn't give me their names, so I'll call them Anna and Tom—are prime examples of the modern-day techno tourist. Unlike more conventional visitors, techno tourists aren't traveling to foreign cities for their dusty museums and mausoleums; instead, they're coming to party, with nightclubs, festivals, and other electronic music events as their destinations 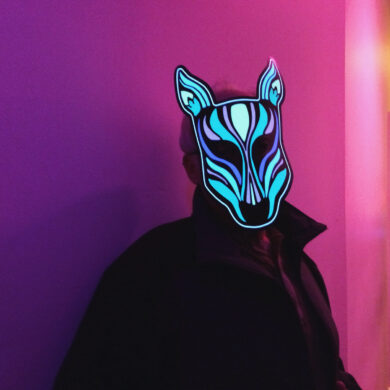 Thinking Outside the Laptop: The Most Unique Instruments in EDM