Winter Music Conference is upon us. And house music just keeps on having babies.

On March 17, our first day in Miami, we went to the pool party at the Shelborne Hotel in South Beach to hear some legends of house music. But first, a little background on house music’s legendary origins in an underground club in Chicago.

Intro: Our House (Is a Very, Very, Very Fine House)

House music gets its name from the Warehouse in Chicago during the late 1970s and early ’80s. The Warehouse was originally a roving party that found a home in, of course, a warehouse.

The Warehouse (and its New York equivalent, the Garage) was an oasis for a nomadic community of misfits looking for shelter. Many of them were young, Black, Latino and Gay, the lot of them were dancing fools. Sacred dancing fools, actually. And nowhere did they communicate more eloquently with Heaven than on the dance floor, deep where the sun don’t shine, the place that many of them called home because they had nowhere else to go.

Dancing the body electric under the disco ball was often enhanced by any number of psychoactive substances, in part to intensify the joy. In part to give the kids energy when the spirit was willing but the flesh was weak. In part to put aside the heartache they felt after their families, churches, mosques and synagogues kicked them out.

In Chicago, the Warehouse was their place and DJ Frankie Knuckles was their spirit daddy. A word of clarification: we all know that no one place or person created house music. I speak myth and epic, and the myth coalesces all players and places into one man in one locale.

A house is not a home when there’s is no one there to hold you tight. In the Warehouse, the kids found their Godfather who embraced them with sonic waves attuned to their heartstrings. For his part, Knuckles called the Warehouse “church for people who have fallen from grace.” Preach, Frankie.

House music was built from disco and whatever song might work the dance floor, then turbo-charged with a strong pulse and stretched out luxuriously so that each tune became a dancer’s playground. House was dirty even then, a shameless hussy who gave it up to beats and attitude from all comers. But it was not a haphazard process. The filter that produced the house blend gave it a distinctive flavor. Kids knew in a heartbeat as soon as they were within earshot of the club. And, as kids in any scene are wont to do, they gave it a label that encapsulated the splendor of their experience. They named it after a place where they went from being refugees to a majority to a congregation.

My Godfather’s House Has Many Mansions

House music was born promiscuous, so it is no wonder she gave birth to so many offspring.

The Warehouse sound (along with its sibling, garage music, named after the Paradise Garage and fired up by Knuckles’ brother-by-choice, DJ Larry Levan) caught on. Radio shows from DJs such as the Hot Mix 5 spread the Word and spawned a gaggle of children (techno, industrial, hi-NRG, freestyle, tribal, progressive, minimal, trance) so many so quickly it is not always easy to tell them apart. House went overseas to London-Ibiza, flirted with India’s bhangra and musica popular brasileira. House hooked up with its own child, hip hop, and did a threesome with dub and dancehall to form even more iterations (reggaeton, dubstep), sped up to heart-attack speeds (gabba, drum and bass), explored new synth-sounds in northwestern Europe (dirty house) and most recently had a great-grandchild, moombahton, back in the US of A.

Whether purists like it or not, “house” became a catchall term that is stretched to impossible proportions. House is often synonymous with electronic dance music, so to distinguish the heart and soul of it, we have the name, “deep house.”

Seeing as house music appears to be, as Saint Paul says, “all things to all men,” labels such as “deep house” are a necessary evil.

Deep house is what I experienced at the Shelborne Hotel in SOBE during the Def Mix W/ Bang & Room 26 Pool Party. This event included DJs Frankie Knuckles, Quentin Harris, David Morales, Terry Hunter and Hector Romero. The pool deck was jammed with all kinds of people, from Bridge-and-Tunnel hotbodies hungry to be seen in the hippest scene, to international househeads from back in the day, even if “the day” they discovered house was in 2008, and the house in which they heard it was in Milan.

I interviewed several people and asked them to say something about the party. Here is a sample, verbatim.

DJ Hector Romero: “You have to be here. This is where the soul of house music is.”

DJ Quentin Harris: “The past, the present and the future – it’s all the same!!!”

Househead Queen Latifah (yes, she was there): When asked by her bodyguard if she wanted to join the DJ onstage, she said, “I don’t want to disturb it.”

Househead Annette Tucci: “Ride on the Rhythm, take it back to NYC circa 1989.”

Househead Freddy M: “Listening to house for over 33 years. Thank you Higher Power.”

How do we make sense of such mystical responses? DJ David Morales gave me the key when he described what he does. He put his palms together, made a swimming motion with them as if they were a fish, and said, “It’s time travel.”

And indeed it was. DJs were bringing back songs from the ’70s, then (like the shameless hussies they are) threw in songs and beats and sounds from the now.

The Shelborne has a well-earned reputation for having first class events during WMC, and it attracts more than just traditionalists and converts. A significant number of them were fist-pumpers rather than hip-shakers. They had no clue why they were there, except that this was THE party at THE hotel. The purist in me found them obnoxious.

But I also recognize that deep house must include even Snooki, Jay-Wow and Situation wannabes who throw down big bucks for bottle service because that’s the kind of gig that can pay a DJ big bucks. Besides, people who remember the Warehouse and the Garage back in the day won’t be around forever. I had a much better time when I got over myself and stopped passing judgment.

As good as the DJs were at the Shelborne, deep house is still a beloved relic in the realm of electronic dance music. There are not that many Knuckleses and Moraleses who can bring in a decent crowd here in the USA.

The strength of deep house is its memory. Its weakness is a preference for a past that no longer exists except in memory. Indeed, there are new songs generated with the deep house vibe, vintage artists discovered by new musicians and producers to produce new tracks. And deep house is in reality not just one genre – the genius of NYC’s Body & Soul parties was the tendency for those DJs to tap into gospel house, Latin house, disco house, screaming diva house, Circuit boy tribal house, ashé house, but even those parties have seen their heyday. All those magical variations are not enough to kick deep house into high gear because there is no baseline community that finds shelter in it.

Except in South Africa. Deep house was the refuge for a generation that lived through the wrenching transition from apartheid to inclusive democracy. And it is the happy communion of DJs and dancers from South Africa that will give American househeads a future as they keep that same old feeling.

WMC, Day II: Wake Up and Smell the Black Coffee 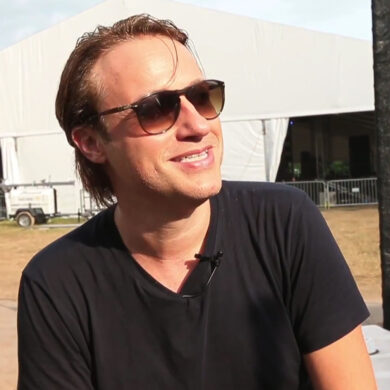